Today I am featuring Venessa Kimball 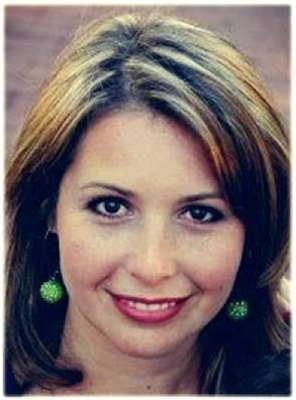 Having always been passionate about the written word, Venessa Kimball embarked on writing what would become her debut novel, Piercing the Fold: Book 1; a young adult/ adult crossover, paranormal, science fiction, dystopian series. July 2, 2012, Venessa Kimball independently published the first book in the Piercing the Fold series. Book 2, Surfacing the Rim, released March 14, 2013.
In August of 2013, Venessa joined the publishing house, Crushing Hearts and Black Butterfly. The Piercing the Fold series has been re-published with CHBB beginning with Piercing the Fold: Book 1 on September 3, 2013. Surfacing the Rim: Book 2 re-published on September 24, 2013 and Ascending the Veil: Book 3 released November 2013. The fourth book in the series, Transcending the Legacy: Book 4 released May 13, 2014
Kimball's compelling teen contemporary fiction novel, Dismantling Evan, releases January 13, 2015
As for the future, Venessa is already filling her Work-In-Progress folder. When Venessa is not writing, she is keeping active with her husband and three children, chauffeuring said children to extracurricular activities, catching a movie with her hubby, and staying up way too late reading. 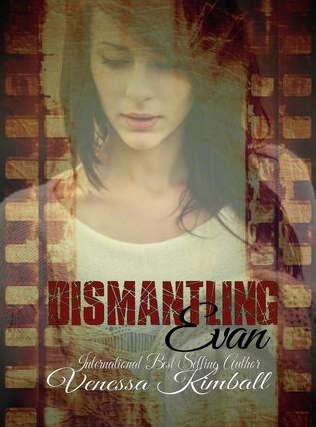 Life is unstable...
…What will be the trigger to dismantle it?

When high school senior Evangeline "Evan" Phillips moves half way across the country with her parents to a quaint town in Texas, it should be a chance to start over.
It should be.
Typical of Evan, she doesn’t share her parents’ optimism. Always the loner, she is prepared to hide behind work at the school newspaper until graduation. That is the seemingly bulletproof plan until she meets her new neighbors, Gavin and Brody Ferguson.
The more Evan gets to know her neighbors, their band of friends, and frenemies, the more unsettling her new high school and community gets in Braxton Springs, Texas.
As Evan unwittingly digs deeper into the lives of those around her, her own skeletons begin to surface leaving her vulnerable and scrambling to keep her own sanity and reputation. Will Evan be able to get control over her spiraling secrets while discovering friendship and love for the first time?
Or will the issues and pressures of life as a band of not-so-average teens in a very typical high school become too much, resulting in the tragic dismantlement of an entire community and Evan herself?
Dismantling Evan is a fresh and edgy work of literary fiction that snapshots how life as a teen in modern society can be unstable and the social issues and pressures revolving around them can tip the fleeting stability of society over the edge. 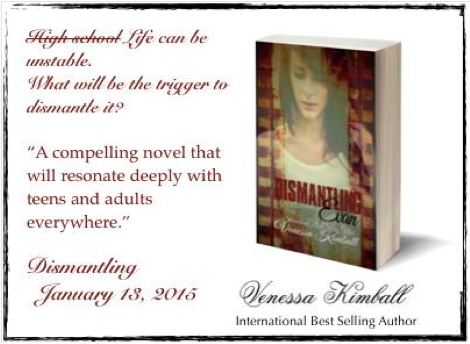 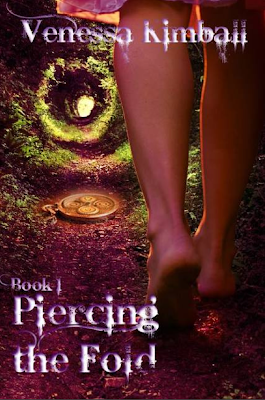 For the average human being, seeing dark auras, hearing ghostly whispers, and witnessing a contortion in the face of a passerby could easily be chalked up to hallucinations, daydreams, nightmares; mere illusions in reality. If we look hard enough, we will find explanations for such paranormal events. However, in this world, there are humans that are not so average. These humans are part of a bigger plan. Jesca Gershon-Sera is entering her sophomore year of college in Marietta Georgia, her hometown. She holds down a part-time job with her best friend, her family is close by, and school is going well. Everything should be perfect. Except, recently Jesca has been experiencing strange things; hallucinations, nightmares, daydreams that she hasn’t experienced in years. Jesca attempts to brush them off as stress from her new semester at school, but the illusions plaguing her reality intensify. Jesca “illusions in reality” begin manifesting within her as supernatural strength and abilities. Could she be losing her mind? Ezra Kahn, a mysterious professor of Jesca’s, happens to be everywhere she is recently; since the illusions intensified. Along with the slight fear that Ezra is stalking her, Jesca fears that he may be the culprit of these illusions. One night, in the heat of one of Jesca’s grand illusions, Ezra approaches her with an unexpected revelation up his sleeve. He reveals that she is not losing her mind, but rather all of the “illusions” in her skewed reality are very real and cause for inconceivable, catastrophic events to come. Ezra explains to her that, by birth, she is part of a fellowship of guardians that have inherited the responsibility to protect our earth and the human race. In Piercing the Fold: Book 1, “illusions in reality” are as real as you and I through the eyes of college student, Jesca Gershon Sera, and a fellowship of guardians predestined to protect humanity. *The Piercing the Fold series is intended for Mature Young Adult and Adult readers due to the the paranormal and unorthodox scientific concepts addressed throughout. This series contains a rich mixture of the paranormal, science fiction, romance, adventure, and suspense.

Get your copy on Amazon & Amazon UK

♥ My Review of Piercing the Fold ♥ 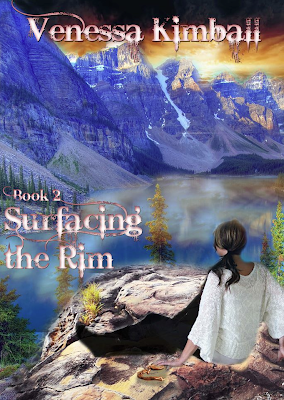 The impending galactic event that will invade and evolve our world is upon us and our salvation lies in the hands of Jesca and her fellowship of Dobrian guardians. The sadistic Sondian fellowship’s inhumane corruption of our world is spreading like wildfire, redrawing lines between allies and enemies. Jesca’s fortitude is put to the test when she must make crucial decisions in battle and in love. She must choose between the predestined link that she shares with one man and the unresolved attraction she holds for another.
Will Jesca have enough courage to surface the rim of this reality?

*The Piercing the Fold series is intended for Mature Young Adult and Adult readers due to the the paranormal and unorthodox scientific concepts addressed throughout. This series contains a rich mixture of the paranormal, science fiction, romance, adventure, and suspense.

♥ My Review of Surfacing the Rim ♥ 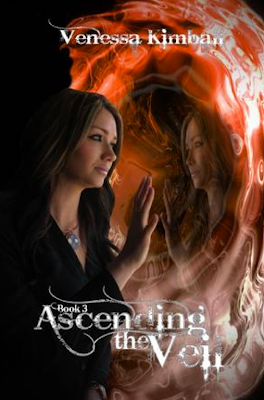 Blurb:
In book 1...
Jesca pierced the fold of her reality, setting it askew forever.


In book 2…
Jesca needed to fight to surface the rim of her ever evolving reality.

♥  My Review for Ascending the Veil  ♥ 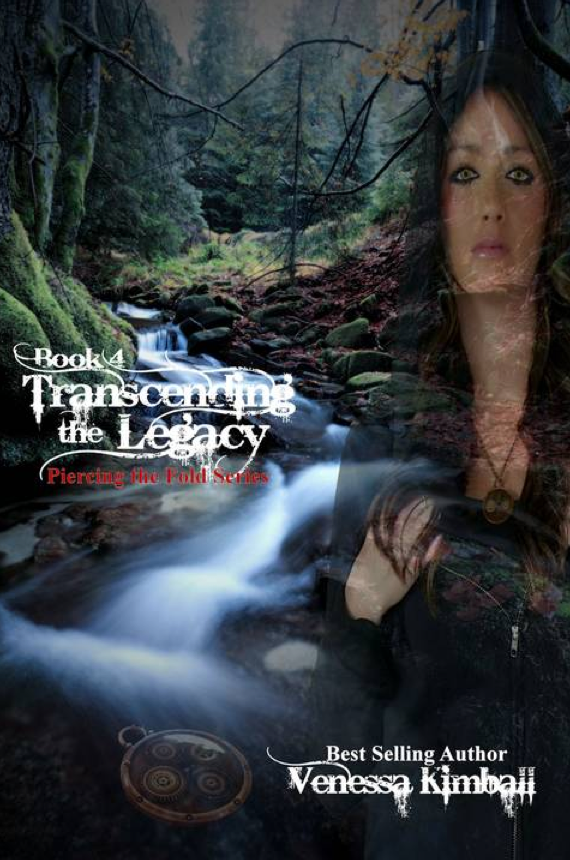 With Jesca’s return from beyond the veil comes the realization that she is part of an ancient and celestial legacy that is much greater than the Sondian and Dobrian rivalry could ever be and the understanding of what  has become of our world in the year that she has been gone beyond the veil.
It becomes known that ancient bloodlines and a supernal legacy has linked Jesca, her family, the two men she is torn between, and the team of guardians.   With no other guidance but Jesca’s visions of what this legacy holds for them, the guardians are depending on the divining glimpses she is receiving to put them on the path leading to salvation.
As for our world, the population that has survived the galactic intersection, the climatic shift, and the necessary implantations are being invaded, occupied, and destroyed by the very beings Jesca encountered beyond the veil.  The beings intent?  To possess our world and stop Jesca and the other guardians from fulfilling the legacy that could save the human race and eradicate them.
Once again, Author Venessa Kimball will  take you on a  spine-tingling and  breath-taking roller coaster ride through a reality that has been set askew, a reality that has surfaced the rim of our known existence, a reality that has ascended unworldly obstacles, and now a reality that must be transcended by one for the survival of all.  The question is, will the stakes be too high and the loss be too great for Jesca and the guardians?
Get ready for the final book in Jesca’s journey, Transcending the Legacy.

♥ My Review of Transcending the Legacy ♥ 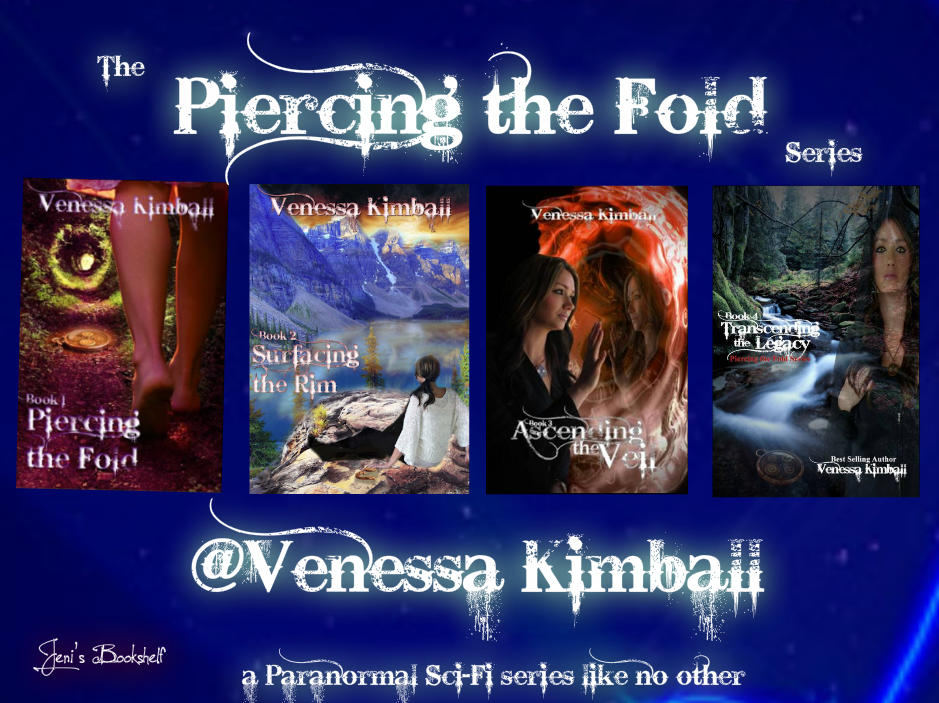