The Only One ~ Cover Reveal

The Only One ~ End of Days ~ Book 3
by Meg Collett 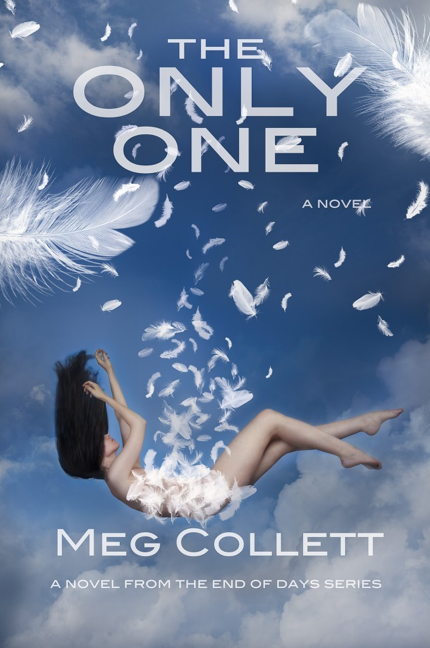 In the final installment to the popular End of Days series, a heavenly civil war breaks out amongst the angels, and the stakes are higher than ever before. It’s the war Michaela wanted, but she’s realizing it might not be the one she’s meant to fight. What is mercy and sacrifice in the face of tyranny and madness? It’s a lesson Michaela might not live long enough to fully understand. 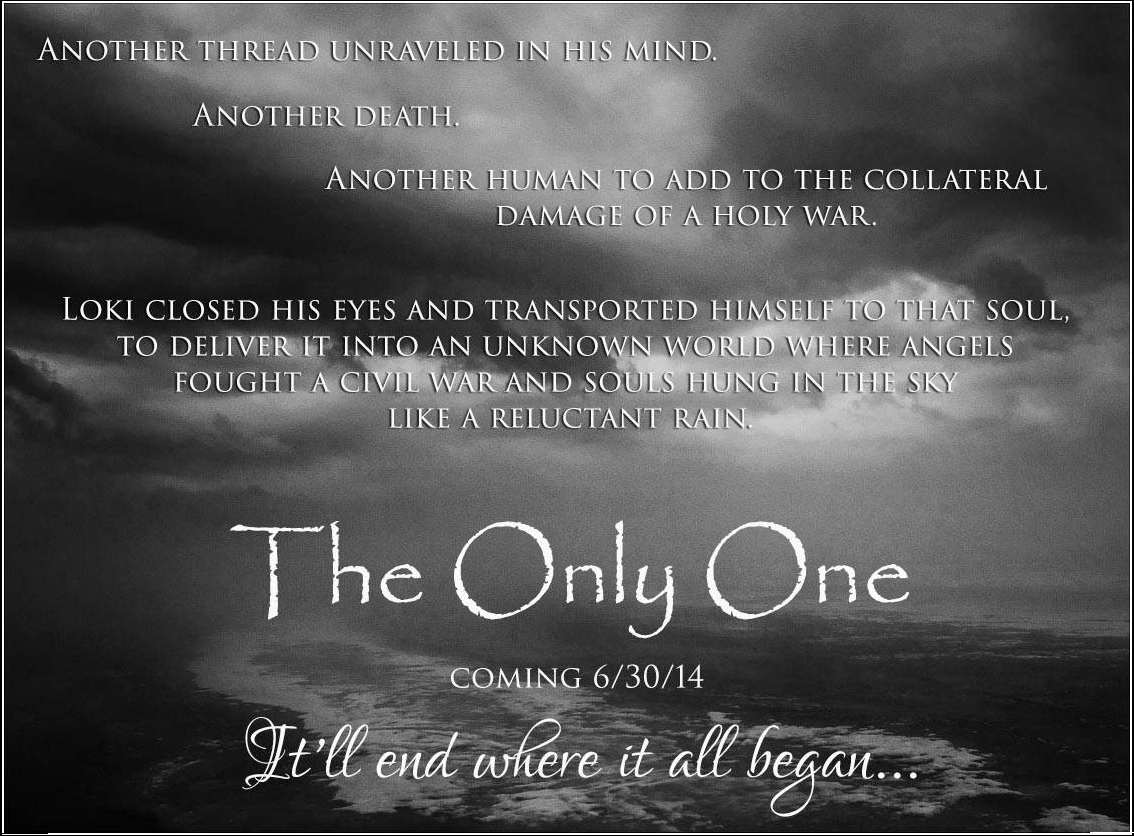 The Hunted One ~ The End of Days Series ~ Book 1 The fallen have trespassed into Heaven for the first time in eternity. Prepared for battle, Michaela and her Archangels open Heaven’s gates to confront the fallen. Only, Michaela’s Archangels—her brothers and sisters in Heaven—betray her. And when the fallen attack the sanctuary in the skies through the gates Michaela inadvertently left open, the holy angels accuse Michaela of planning the invasion.

One simple mistake with a thousand consequences.

Dragged to Earth by an Archangel turned fallen, Michaela will do anything to return to Heaven and save it. In her fervor, she kills the Archangel—something no angel has ever done before. Wingless, without any hope, Michaela welcomes death when an unlikely human ally, Clark, finds her. With the help of Clark and Gabriel, an innocent Archangel whose friendship deepens into something far more torrid and unexpected on Earth, Michaela must prove the holy angels have their own plan for Heaven, and it is one that may prove to be the End of the Days.

It may be too late to save herself, but Michaela is the only one who knows the truth about the holy angels. If she fails, she may never be able to return to Heaven. But even that may be a hopeless dream. They say some things must be broken before they can be fixed. But when Michaela hoped to cast doubt on the Aethere, she never thought things would fall apart like they did. Now the Aethere have turned their attention to the End of Days, and they won’t rest until they obtain the tools of Earth's final destruction: the Seven Seals. The world is falling apart at the seams, and Michaela finds herself clutching the threads. She alone understands what will happen if the Aethere ever get the seals, and it’s the one thing she will fight to the death to prevent if she has to. Even amidst the devastation on Earth, Michaela struggles to restore her faith in Gabriel. Together, they'll need to decide if their love is strong enough to erase the line she had fought so hard to draw between holy and fallen.Michaela said she wanted a war, but when the End is looming, what will she fight for? Meg Collett lives deep in the hills of Tennessee where there the cell phone service is a blessing and internet is a myth of epic proportions. She is the mother of one giant horse named Elle and two dogs named Wylla and Mandy. Her husband is a saint for putting up with her ragtag life. End of Days is her first series.

Email ThisBlogThis!Share to TwitterShare to FacebookShare to Pinterest
Labels: Jeni's Bookshelf Reviews Swag & More, Meg Collett, Paranormal Romance, The Hunted One, The Lost One, The Only One

Autumn and Summer
by Danielle Allen 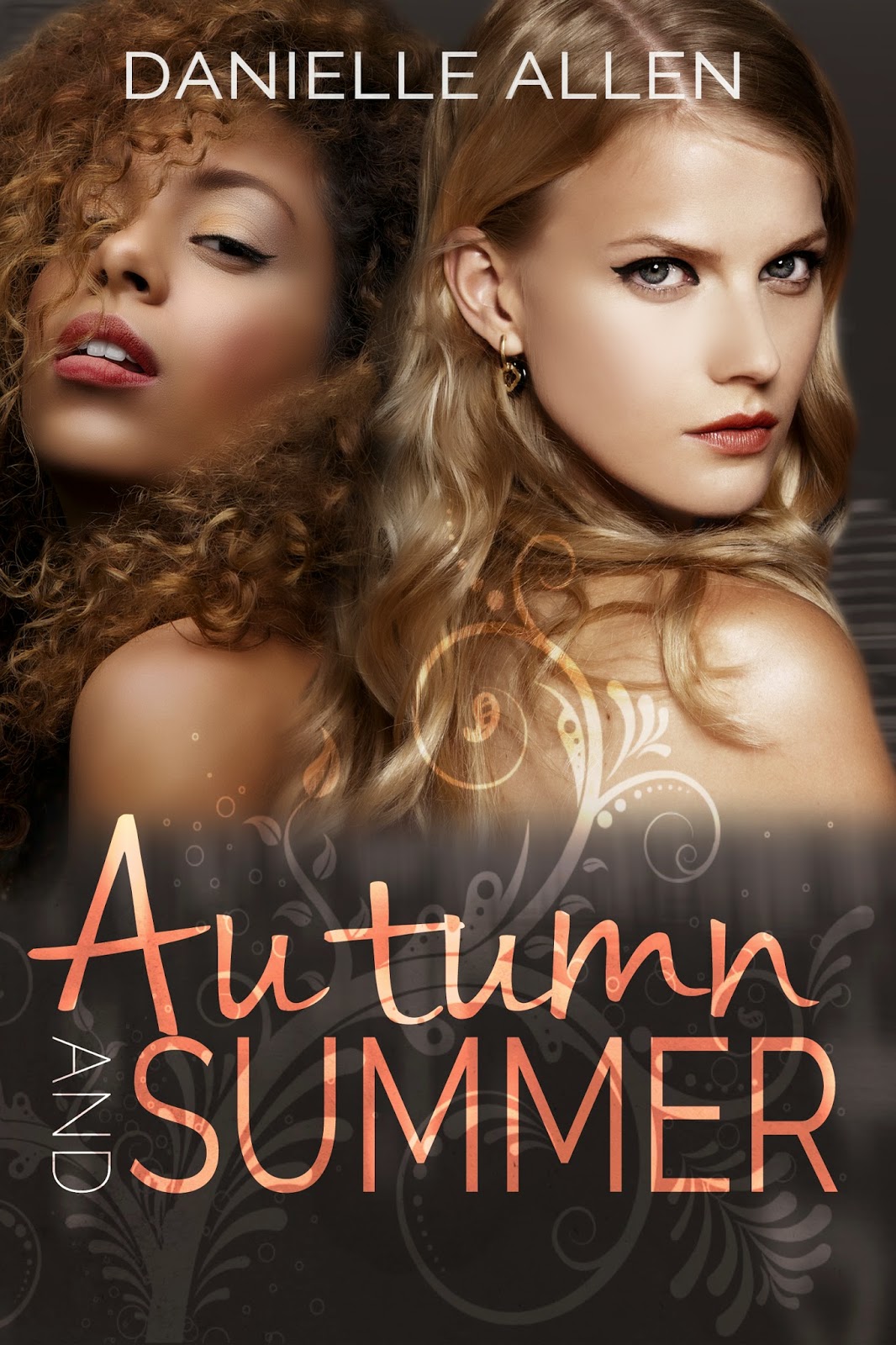 Is it better to have loved and lost or to have never loved at all?

Beautiful, talented, and slightly jaded, Summer Wilson believes in sex. She believes in the all-consuming, mind blowing enormity of good sex. She believes that love exists, but Prince Charming does not. At least not for her. She’s seen the downside of love—insanity, heartbreak, infidelity, divorce—and she dates with the expectation that she won’t ever subject herself to that type of vulnerability. Instead, she chooses to love her family, her friends, and her work. And although she enjoys the company of men, her heart is hers and hers alone.

Best friends since elementary school, Autumn and Summer kick off the summer by embarking on a dating experiment. Unfortunately, expecting the unexpected doesn’t prepare them for what the dating world has in store. 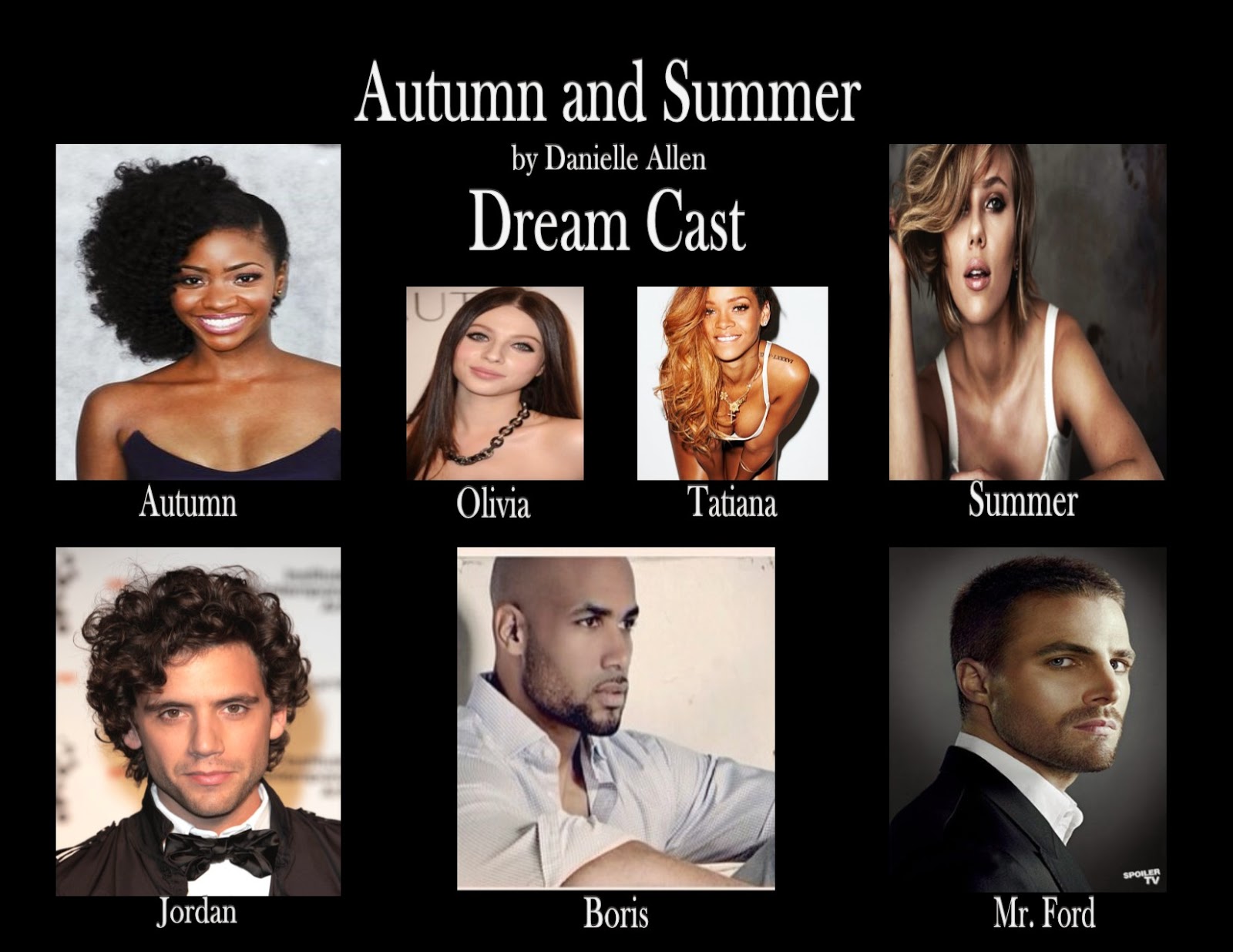 “Back to Black” Amy Winehouse

“Everything Has Changed” Taylor Swift

“My Heart Still Beats For You” Anna Ternheim

“The Love We Had (Stays On My Mind)” Joss Stone

“I Shall Believe” Sheryl Crow

“I Will Be There” Odessa 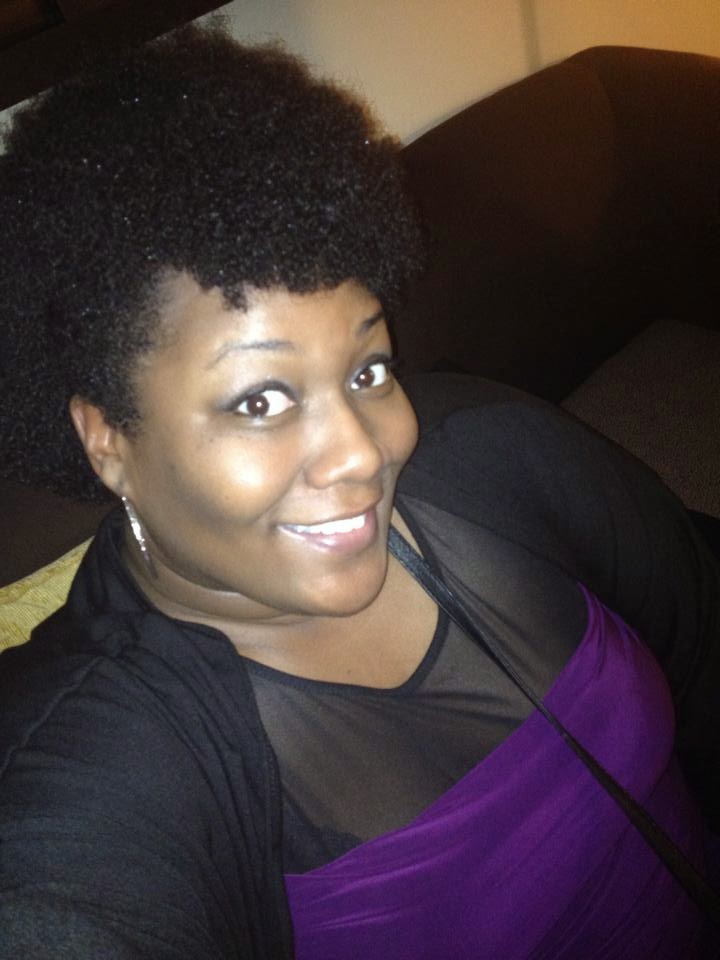 I am a married event planner and life coach. My awesome friends and family and my amazing husband make my life sweet. I love to have fun and enjoy the life I’ve been blessed with. I love shopping and football with equal fervor. I’m an amateur movie critic (i.e. my husband and I watch and critique a lot of movies for fun). I love to read and I enjoy sharing my love of books with anyone who will listen. I love music. A good lyric with a good melody can paint a vivid picture and invoke such a range of emotions. I have a soft spot for most mediums of creative, artistic expression.
With degrees in psychology, human services, and marriage and family counseling, I have a unique perspective on life, love and the pursuit of happiness. As an author, I combine an active imagination and life experiences to create stories that are easily relatable and intentionally intriguing. I want to offer you a peek into someone else’s life and for you to get lost in their story, their trials, their triumphs. My ultimate goal is to create a character or a story that stays with you long after you’ve put the book down.
So in a nutshell: I plan. I teach. I read. I write. I watch. I critique. I shop. I play. I love.
To know me is to love me.