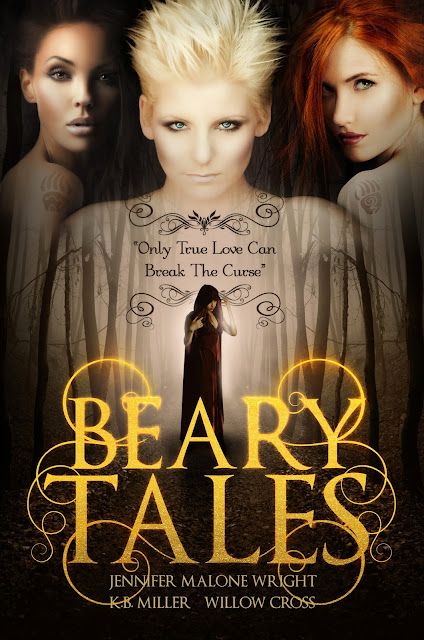 Once upon a time, something wicked was woven. A magic formed by darkness and pain, a magic that only the victim of a broken heart could have created.

The death of her one true love has forced Goldalynn to use dark magic. Determined to bring him back she discovers she must acquire the pelts of three bears under the light of the blue moon to fulfill the spell.

The blue moon has risen and the three bears are caged, awaiting the fate of Goldalynn’s deadly spell. But, a collision of spells, magic dark and light create a curse, a curse that turns the bears fur into soft skin and their paws into delicate arms and legs… a curse that turns them human. Now these bears in human bodies must travel across the magical realms of the modern world searching for a way to break the curse.

This dark fairy tale is not the book your mother read you when tucking you in at night, you won’t find a fairy tale princess who needs a rescue, but there might be a prince or three in this world. Find out as Beary Tales takes you on a magically twisted adventure. 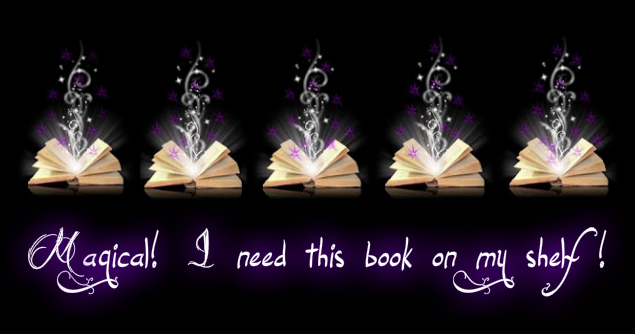 Fairytales Gone Wild!, February 19, 2015
A fairytale makeover like you've never imagined! Like a crazy montage of many well known fairytales kicked up a few notches & then bedazzled by the fairy fashionista that is Butchy. This story had me laughing from beginning to end! Butchy is a piece of work, & I couldn't get enough of his back & forth banter with the girls! There's loads of action, comedy, romance, & magical goodness all around. If the fairies aren't enough for ya I'm sure one of the many witches or smexy shifters will win you over. Psssst...Those are some seriously HOT bears & crocs! I can't wait for the next installment!!!
Get your copy today by clicking HERE!
Available in Ebook & Paperback. 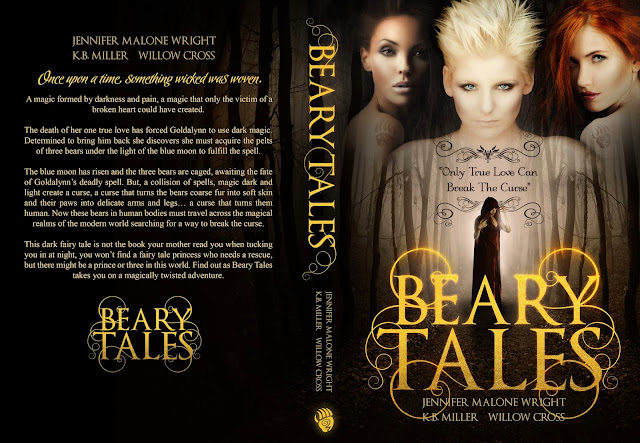 Cover by: Mae I Design 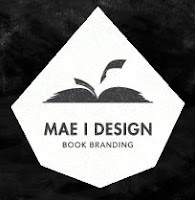 Willow Cross, Jennifer Malone Wright and K.B. Miller are all authors of the paranormal and fantasy genres.
Willow Cross has a long back list of titles including the best-selling, Haunted series. She is also the author of The Dark Gifts series, The Ghost Diaries, A Higher Calling and the Oceans of Red. Willow has a deep connection with the paranormal which she has brought over into her writing to share with others. When she is not spending time with her family or writing she enjoys reading, playing online games and drinking Malibu rum.

Jennifer Malone Wright is best known her YA paranormal series The Vampire Hunter’s Daughter. Her other works include the follow up to The Vampire Hunter’s Daughter called The Arcadia Falls Chronicles and her newest series, Graveyard Guardians.. Jennifer is the mother of five crazy kids and wife of a soldier. Jennifer also loves coffee, talking on the phone with her equally crazy friends and has a passionate affair with Red Bull.

K.B. Miller is best known for her best-selling series The Moon Coven. At home, K.B is a full time writer with a very supportive husband and son who is too smart for his own good. In her free time K.B. likes to read, dabble in graphic design, watch her favorite shows, and spend time with her other love … coffee! She is also an owl enthusiast and swears she will someday ride a unicorn. 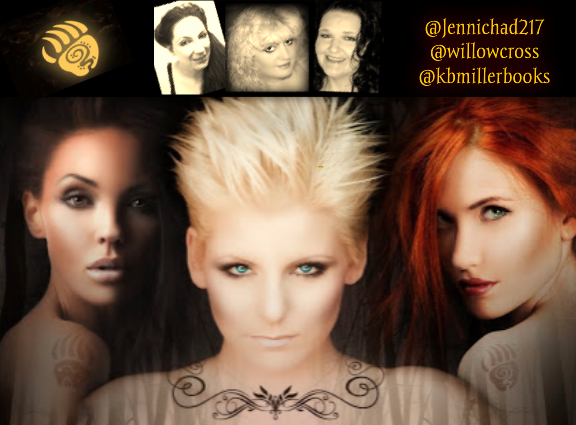 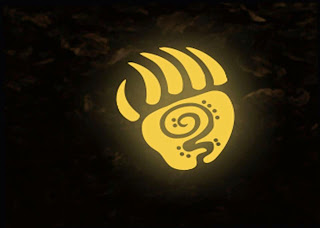 Posted by Jeni's Bookshelf at 7:38 PM